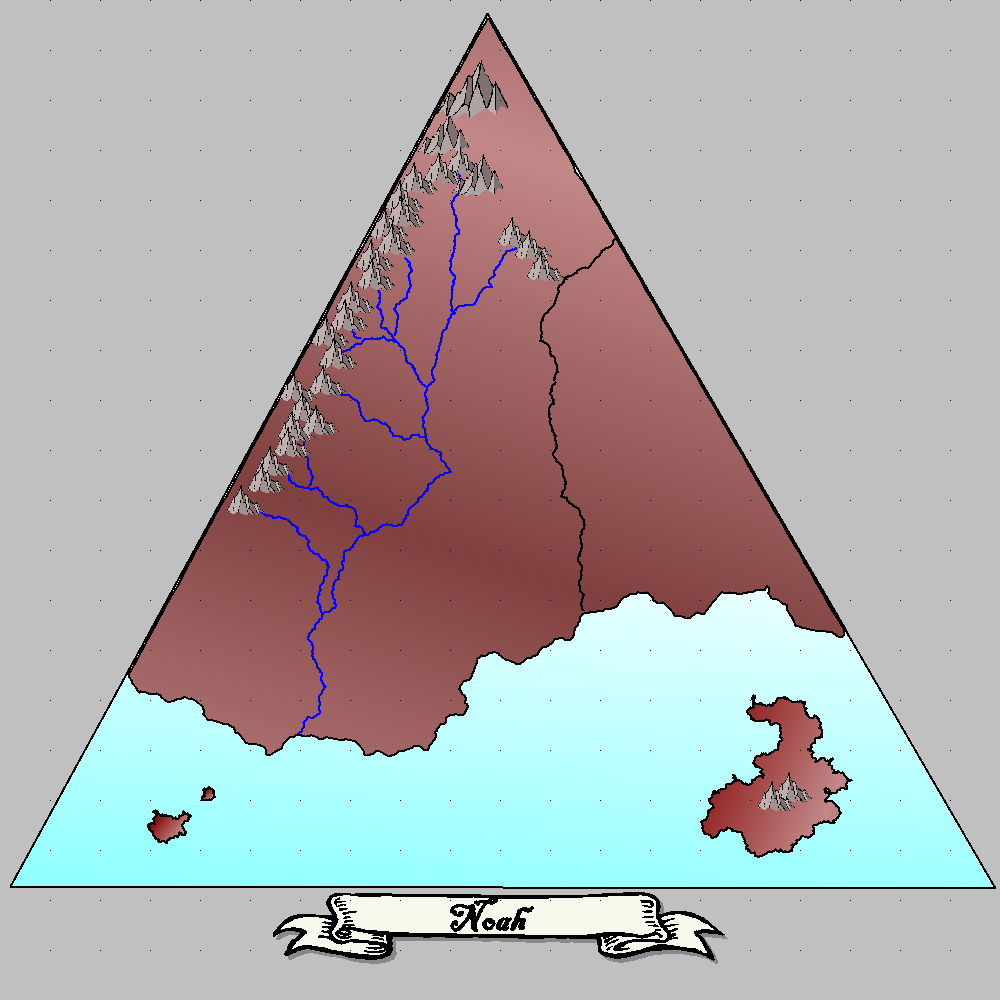 This is the first post of many devoted to show what kind of stories I hope you can tell in the world of Arche, when it becomes a roleplaying game.

The basis for this kind of story come from Planetary, the magnificent work of Warren Ellis and John Cassaday. As Archelogists, characters will investigate the most secret and mysterious elements of the world, both in the physical plane and in ocean of ideas that is the Arche. They will face societies and groups opposed, for several reasons, to the resolution of said mysteries.

Demiurges: The battle against the Imbalance

The demiurges can not stop noticing how the world is slowly slipping towards the lack of Equilibrium. The black star has started to cause strange alterations in some places and creatures. No one knows what else will happen, but some demiurges do not want to find out. If they manage to avoid unscrupulous taumaturges wishing to use them as bateries, and false demiurges wanting to stealing their powers, maybe some of them learn how to balance again the world.

This if the first of many posts I’ll focus on places in the world of Arche. Today, a place in the facet of Noah.

Until very recently, the facet of Noah was under almost complete control of the great Trelo Empire that rised in Ignis. Almost overnight, the Trelo Empire fell and dissappeared. It took some time to Noah’s inhabitants to realize that their lords were gone for good, but soon  they went back to the old ways and broke down the empire and started warring.

The plateau is quite high, and is frequently crossed by cold winds of great strength. It is covered by bushes and small isolated groups of strong perennial trees, with thick twisted trunks. In the heart of the biggest of these groves still stands the fort that the War Matriarch ordered built, following the plans of the Humble Archivists. After the battle, the Great Duke decided to keep the fortification, and made the Archivists turn it into a tomb for the dead Marquises fallen in battle. After the disappearance of the Trelo Empire, some people have dared to plunder the Dulbog fort/tomb, but the construction secrets of the Archivists have kept it closed. Its exterior, however, has been totally defaced of all ornaments and additional masonry, leaving it the appearance of a coarse, blank and impervious building.

When the Demiurge created the world with the four basic elements that it extracted from the Apeiron, it gave it a perfect tetrahedral shape.

Now, an eternity later, the world still keeps its shape, although somewhat erosioned since it disappeared.

Distinct living forms succeeded in each facet of the world, each more adapted to their environments.

There are many species of living beings in the world. Biology studies and classifies them. One of the simpler taxonomies divides living beings by their number of composing basic elements. By this taxonomy, there are four classes (or domains) of living beings:

This classification does not finish at the kingdom level. After kingdom, usually comes element, that divides the kingdoms in function of the main element of the living beings. Then comes phylum, which groups them according to their internal organization. Then, class, order and family, every step grouping by shared characteristics. Finally, genus groups the more related species, and specie groups beings able to reproduce between them.

This is not the only possible classification of the living beings of the world. Some scholars consider that the elemental kingdoms do not correspond to enough real differencies, which causes confusion in the phylum, class and order levels. Some others, specially the followers of the Logy precepts, decide to completely ignore the elemental aspect and work a classification in base only to the differences observable down to the celular level. Those who follow the elemental taxonomy think that is stupid to ignore the existing knowledge about the elemental basis of the living beings. Those who follow cellular taxonomy think their results are more useful. There are some very advanced taxonomies, known only in the more advanced civilizations, that mix with great success both visions, applying an elemental taxonomy at the cellular level, and a non elemental taxonomy at higher levels of organization (save for the living beings that lack cells).

Like most roleplaying fans, I have had in my head several ideas to craft my own fantasy world for many, many years. Through the years these ideas have changed and evolved, and have been influenced by the great quantity of roleplaying games I have known. Now I am finally trying to round them up and work on them to actually forge a world and a roleplaying game in that world.

I call my idea Argué, Arche or Arché, but the world itself will probably be simply called “the world”. I follow certain classical Greek thinkers ideas, like those of Plato’s, Aristotle’s and Anaximandro’s, and I am heavily influenced by Alan Moore. The Arche is a mix of Plato’s and Aristotle’s world of ideas and of Moore’s idea-space.

The being that created the world of Arche is the Demiurge (with upper-case). It created the world inert, but life appeared (despite its wishes) and, with time, developed a big diversity of sciences/arts/magics of distinct origins. Some of them are:

The living beings of the world of Arche are very diverse. There are beings made of only one element, like fire, air, water or earth elementals, that incarnate the main physical and metaphysical characteristics of their elements. There are also living beings of two, three and four elements, in diverse combinations and proportions. Not all living beings are equally sentient and/or intelligent.

These are the big basic traits that this world has had in my head all these years. Now we have to see how they evolve with their writing down.

The Demiurge created the world, using the basic elements of Fire, Water, Air and Earth. He give it tetrahedric form, each face with a moon of an element. He bathed it all with Energy from the Sun.

For forty four aeons, the Demiurge kept the world in equilibrium, not allowing any element to dominate over the others, and making sure that not too much Energy, nor too few, got to the world. And then, life appeared. It could be said the life permetated to the world and got mixed in it, almost like an additional element. Living beings began to appear, made from earth, from water, from fire, and from air; and, soon, stranger combinations showed up. In shor time, all kind of living beings walked the world, affecting the Equilibrium in a way that the Demiurge could not control. So he rised some living beings by teaching them demiurgy. They were the first demiurges.

Many felt envy of the demiurgy and tried to steal it, or reinvent it. The thiefs became demiurges too, but lacked an objective for their power. The inventors, with time, were able to learn much about the world and about how to change it. That was no longer demiurgy, but taumaturgy: Replicable by anyone who learned its principles, but terribly disruptive to the elemental Equilibrium.

At some point (it is not clear exactly when) two events of great importance took place: the Demiurge dissapeared, and the being called Anaximandros, using taumaturgy, discovered the Arche, the source of the idea behind all that exists, and the Apeiron, the substrate of all that is. He discovered that Arche and Apeiron were shared by a myriad worlds. He first stated that the Demiurge had ran away because he was about to be exposed as a fraud; later, Anaximandros declared the Demiurge dead. He was the first explorer of ideas, the first Archelogist.

Now, many generations later, almost no living demiurge is aware of the reach of their mission. Taumaturgy and the exploration of the Arche have changed life beyond recognition. Great empires have risen and fallen. The Sitmur Taumatocracy, in Aquo, is exploring their moon and intends to explore the rest of the celestial bodies. The Eternal Trelo Empire of Ignis dissapeared overnight after centuries of dominion over Noah. Imbalance has rised and a new element has permeated: a black star, opposed to the Sun, which seems to absorb Energy, or maybe emit Entropy.

There are mysteries old and new to unravel. Rising tensions between empires and nations. The ontological risk of the imbalance.

If you want to be a patron of the roleplaying web applications I am developing and will develop, now you can do it in my Patreon page.

My first project to be released “in” Patreon es the FATE Aspect generator. More news soon!

To all FATE fans out there. How much would you like a web application to manage all your FATE Core needs?

I was thinking in something like this, in two phases:

Do you think something like this would be useful/helpful? Both in english and spanish.